Will the barnstorming Tigers continue their run or will the Roosters knock them off their perch? 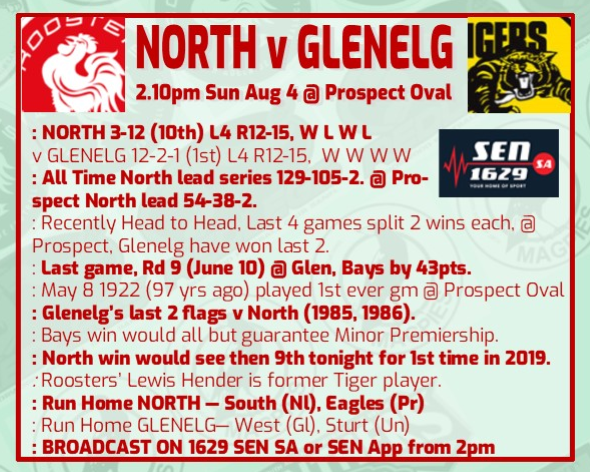 What a crazy scoreline. 4 - 15 each.
On a sunny day which I don't think was windy, what happened?

Or did both sides close their eyes and use the Force?

Combination of factors, Bays didn't seem switched on at all, not sure if it was a couple of hard games in a row or underestimating the opposition but North looked the better side.

Both sides were ultra defensive, massive numbers around the ball all day. Entry into the forward 50's were average, lots of slow loopy kicks that enabled the defence to intercept and rebound. Both teams pressed their forwards up so far that when they did get a chance to break free there was no one forward of centre to kick to so the game stopped while waiting for the forward 50 to flood with players. Wayward kicking, overuse of handball to stationery players, it was crap footy all round. The umpires joined in with the spirit of the day by being inconsistent all day.

Best part of the day was the steak sanga.