Match being broadcast on Digital Pass 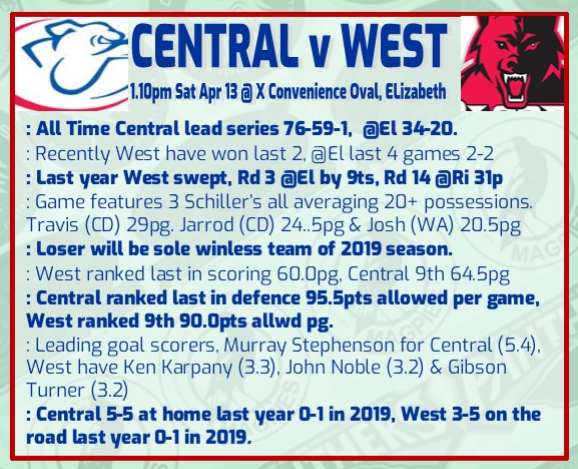 Watching nearly a half of Reserves footy at Elizabeth. 3 players behind the ball, all players camped in one half.

Probably West's worse game for a fair while. They looked slow and Central waltzed through a lot of their tackles.

It was the sort of game where there was never more than a couple of goals in it, but Central always looked like winning in the second half

A few Bloods might have an earlier start next week.
,

12 goals kicked on a decent day for footy. Sounds dull.

It was. It wasn't a good game to watch. I worry about the way footy's going as a spectacle.

Lee wrote:It was. It wasn't a good game to watch. K worry about the way footy's going.

Happy we got the win,but everytime we play West the games are low scoring dull boring encounters and terrible to watch.