Front page of the Ragvertiser the day after...

Front page of the Ragvertiser the day after...

On the SANFL Twitter Feed is a picture of the day after the past three Grand Finals with the main picture and headline relating to the Norwood Football Club winning the flag the day before. But what about the Grand Final before that?


Credit to LeapingLindner when he posted this: 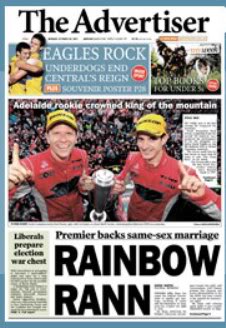 That's what you get for being an unfashionable club with a small supporter base.